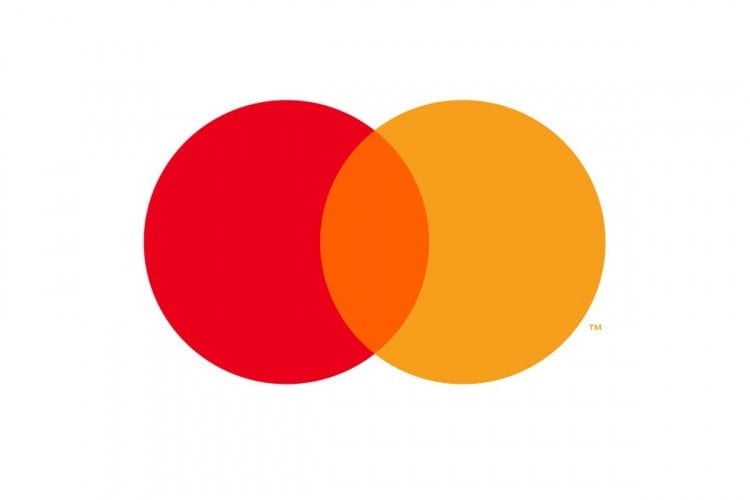 Stay away from logos, pantones and fonts. That’s always been my credo when it comes to the more graphical elements of brand management. It’s also the advice I give to all my clients when it comes to their own personal reputation within the company they work for.

Most senior people in their organisation almost certainly see the word ‘marketer’ as synonymous with ‘muppet’ and regard brand management as being roughly analogous to the colouring-in department. You might get a positive response when you start talking pantones or showing the executive team the powerful new font you want to use. But as soon as you leave the room there is much shaking of heads and polite career-killing hilarity.

Use your agencies or your junior people to talk about the graphical elements of branding; your personal reputation cannot afford to be within 10 yards of a mood board. Stick to the strategic and financial areas of branding at all costs. Brand is ultimately about making enormous amounts of money that would, otherwise, be unachievable. Talk price, gross margin and intangible asset value. Stay away from anything that has you explaining ‘a consistent look and feel’ or the ‘impact of Helvetica’ on consumers.

But occasionally your humble designophobic columnist is so taken with a branding tactic that he is drawn into the debate and forced, against his better judgement, to discuss colours and images and stuff. This is one of those weeks. I speak, of course, of the momentous decision by Mastercard to drop the name from its logo, leaving the famous red and orange circles free of words.

The move has already divided critics and, as is usually the case at the design end of town, sparked more pointless wank than a boarding school at Christmas. It’s become almost de rigueur to smash any attempt to change or adapt logos as being pointless, superficial overspend. That can sometimes be the case. But some of the time, as in the case of Mastercard, the move is actually very savvy and rather impressive.

It’s very true that that brand managers all too often get hung up on the unimportant minutiae of marketing at the expense of the bigger, more practical picture. But it’s also true that the graphical elements of brand do contribute a significant aspect to the overall performance of a business. Especially when it’s the nanosecond, system-one world of payments that Mastercard inhabits.

More than just a logo

All brands have codes; graphical and symbolic devices that are associated with the company or product. A logo is a code. But a well run brand has more than just its logo. It might also have a colour. A pattern. An additional motif. Whatever.

These are the things that loyal customers associate with the brand and immediately on encountering them they recognise the brand in question, even when the logo is yet to appear. Tiffany’s box. Coke’s curve. The panther of Cartier. The serpent of Bulgari. Cadbury purple. Hermès and its horse-drawn carriage. You get the idea.

I’d never let a brand have a penny to spend on media until it could show me three codes in the ad in front of me.

These codes are sensationally important to a brand in achieving distinctiveness in the market. Make no mistake, I believe in differentiation. But when I work with brand teams, next to the intangible list of intended brand associations I challenge them also to isolate the codes through which the brand can claim its territory and look like itself to the consumer.

I learned early in my career that too many codes can be just as limiting as too few. I once worked with a 150-year-old luxury brand and encouraged it to list more than 20 distinct codes of the brand. Only much later was I able to circle back with a bit more experience and a greater confidence and slim that list down to four.

The first lesson of brand codes is that history might have dealt you dozens of interesting symbolic devices and patterns but execution demands you play only the strongest, sharpest codes in your tactical work. Start with your logo then find two, three or maybe four codes that belong to you and not the category.

In other cases brands lack enough codes to create the distinctiveness they seek. While Burberry has its logo and its eponymous check, that – in branding terms – is about it. Hence the recent efforts of new creative director Riccardo Tisci and graphic designer Peter Saville to create a new monogram from Thomas Burberry’s initials.

I am unsure if the new code will gain traction with clients, but I can see why Tisci felt the need to add more codification to the house of Burberry. Most of its competitors count half a dozen codes and use them to great tactical advantage.

The next lesson – and this is the tough part – is to apply your codes mercilessly to everything. Packaging. Windows. Uniforms. Advertising. You name it, I recommend you codify the shit out of it.

Remember that codes aren’t necessarily the logo. If you simply plastered that everywhere it would look obvious and slightly repellent. But codes like colours and patterns can be abstracted and applied in a way that is tasteful, fun, engaging but always distinctive. I’d never let a brand have a penny to spend on media until it could show me three codes in the ad in front of me. Even then I would push for more.

The lack of codes in ads

Most marketers aren’t able to do this because they are too clever and creative for their own good. They focus on their ads for months, deliberating on them for ages. That’s the exact opposite manner in which they are encountered and ignored by consumers.

If brand managers realised that they had seconds to make the ad that they spent months crafting connect with consumers they would codify like there was no tomorrow. They don’t because they assume the time spent on the story or the choice of models will somehow help consumers connect the ad with the brand behind it. They won’t.

Most ads are a total waste of money, not because the media choice was flawed or the creative was poor but because almost no one knew the ad was from the sponsoring company. They don’t know that because the brand manager behind the ad assumed everyone would wait for the last five seconds or 10cm of the ad to reveal the brand behind the message. Not good enough. Codify everything.

A word on advertising agencies here. They should be aware of their client’s codes and encourage them to use them – excessively – throughout an ad’s creative. In my experience that rarely happens. If anything, most agencies encourage clients away from strong codes towards generic, trendy approaches that everyone else is using. I advise most of my senior clients that one of the first signals they are getting it right when it comes to codes is that your agency comes to you and tells you that you are “overdoing the green”. Ignore them and double the fuck down – the codification has only just begun.

This probably sounds like you end up with crap creative and obvious communications. Nothing could be further from the truth. When you push your codes hard on the creative team you do not limit their aesthetic capabilities, you actually inspire them. One of the few brands to get codes and their application correct is Kenzo.

For over a decade Kenzo has been sticking to its key brand codes of lacquer red, the poppy and Asians in Paris but still producing gorgeous dream-like advertising for its perfumes. The oldest and best challenge for any print ad is to simply put your hand over the logo and ask anyone who the ad is from. You should not need the logo to know the brand.

Finally, after many decades of application, comes the best part. It’s the part that Mastercard is just entering after 50 years of applying and reapplying its codes across everything it does. Once the code is totally established in the market you can start to play with it. It’s a kind of branding magic trick because it allows an ancient brand the chance to be true to its heritage (here is the code you have known all this time) and also infer freshness and modernity at the same time (but we changed it, see?).

When Japanese manga artist Takeshi Morikami was asked to redesign the Louis Vuitton monogram back in 2002 he produced a white, neon abomination of the signature brown and gold code of the house of Vuitton. But that radical redesign did not just sell out in a matter of a few days, it helped Louis Vuitton refresh itself while staying true to its heritage. It was the same, but different. Ancient and modern. Heritage and creativity. All in one go.

Similarly, the start of the revitalization of Burberry began when Kate Moss slipped on a little Burberry check bikini back in 1999. To our eyes today this does not seem much of a surprise, but 20 years ago Burberry was an old dusty mac worn by ancient Japanese businessmen. To see the same check in a very different place worked wonders for the brand.

And it’s a similar story for Dom Perignon, which has spent the last decade owning the night thanks to a series of modern, luminous games it has played with its iconic logo. Dom Perignon does not want to be an icon; it is cold and unloved. It craves attention and energy and to be consumed. The more modern and minimalist the Dom Perignon look becomes, the more popular the brand is across the nightclubs of the world.

What Mastercard is really doing is not just changing its logo. It is playing with its code in a modern and masterful way. Rather than a rather dull backdrop for the company name, Mastercard has realised that 50 years of prominence now buys it a license to play with its circles (I nearly wrote balls) in a way that will modernise the brand, enable greater creative impact and ensure continued – probably heightened – distinctiveness.

It’s great work. So great it made me talk about logos and codes and all the stuff I normally avoid.