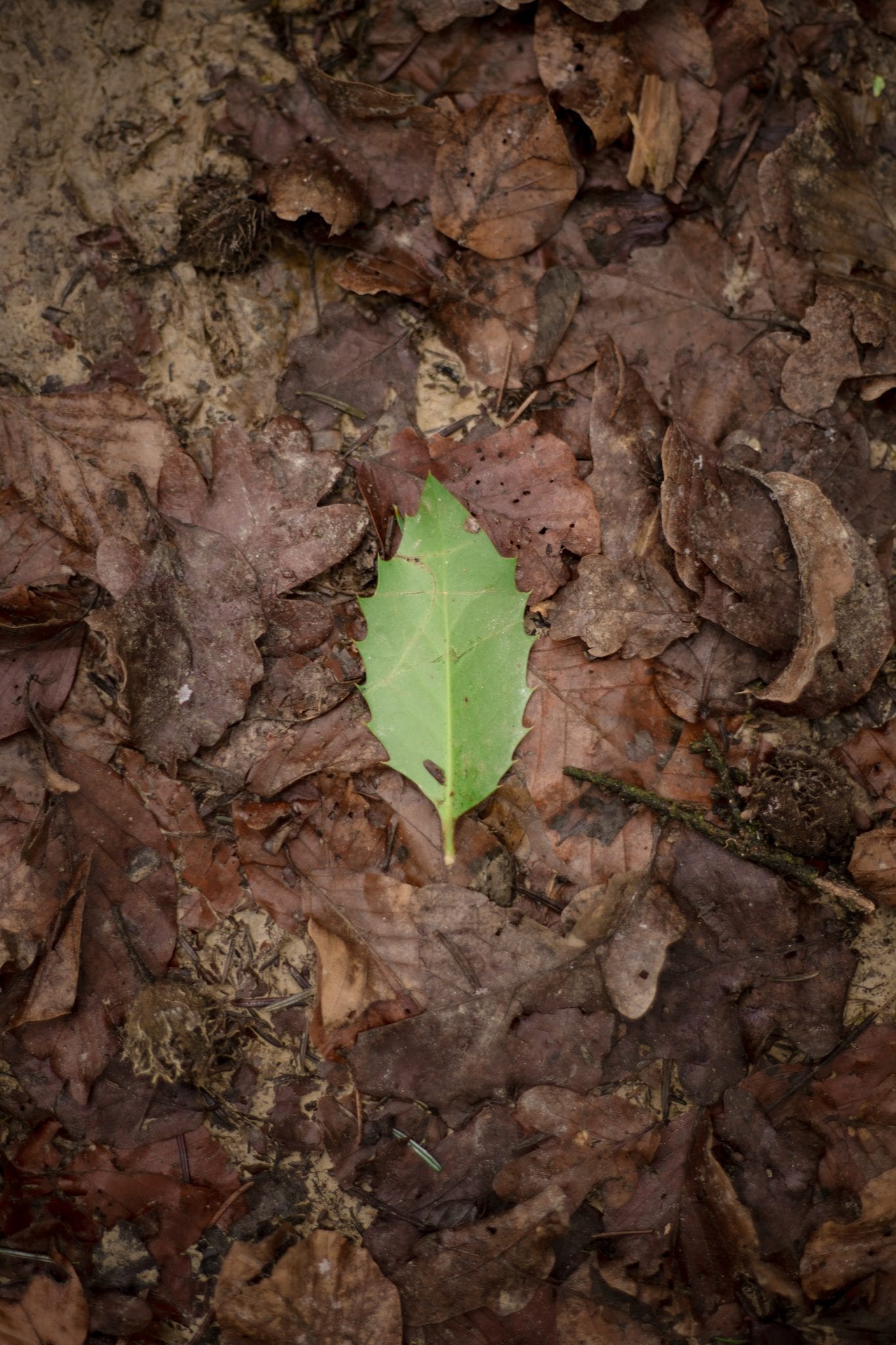 Tom Roach and his team of effectiveness monkeys have been at it again at BBH London. Every now and again they sit down and stitch together a bunch of separate slides, charts and other marketing ephemera to create a pithy but powerful statement on key topics in advertising and marketing.

Roach’s latest theme is ‘The stupidity of sameness and the value of difference’. That might strike you as a rather obvious target. After all, aren’t we all determined to differentiate? Well not anymore. In recent years the question of whether differentiation is even possible, never mind how to achieve it, is rarely far from the surface among evidence-based marketers.

The story of differentiation and its more superficial, extrovert cousin called distinctiveness is one of the most interesting and important in branding right now.

So, let’s tell the story in three very discrete chapters.

From the outset of brand management we were all told to “differentiate or die”. Roach goes back as far as Edward Chamberlain’s book ‘The Theory of Monopolistic Competition’ in 1933 for the origins of differentiation.

But it was really Rosser Reeves, from the Ted Bates agency, that got the ball rolling in the early 1960s with the unique selling proposition. Reeves was certain that advertising worked best when it proposed a unique brand benefit that competitors simply could not match. The prototypical USP was M&M’s, which who used a patented sugar coating to justify the claim that its chocolate “melts in your mouth, not in your hand”.

Reeves might have been a pioneer but he was certainly not an outlier. It really did not matter which guru you followed, each pushed the idea of differentiating on a unique benefit as the basis for brand success.

Bill Bernbach made it clear that “if you stand for something, you will always find some people for you and some against you”, but that in standing for nothing “you will find nobody against you, and nobody for you”.

My biggest hero was Harvard’s Ted Levitt and he was of similar mind when it came to brand strategy. “Differentiation is one of the most important strategic and tactical activities in which companies must constantly engage,” he would regularly tell his MBA students.

By the start of the 1970s Al Ries and Jack Trout had revolutionised branding with their concept of positioning. And at the heart of this new approach was the search for a single attribute or association that a brand could own in the mind of the target consumer. It was one step down from the uniqueness sought by Rosser Reeves a decade earlier but it was still about finding a singular focus and taking control of it in the mind of the market to the exclusion of all other competitors. Volvo positioned on safety, FedEx positioned itself around ‘overnight’. According to Ries and Trout a brand won when it owned the most important potential benefit in the mind of the prospect.

By the time most of us walked into our first marketing lecture the power of differentiation was already set well into stone. The brands that succeeded were the ones that zigged, rather than zagged. They stood for things that other brands did not. They owned associations that other brands could not claim. They differentiated themselves in the market and were triumphant as a result.

But there was a snag. Whenever marketers left the conference circuit or classroom and actually tried to do the differentiation thing it rarely worked. When they actually looked at data it rarely showed a brand as radically different from the other competitors in the market. In fact, more often than not, the perceptions were incredibly similar.

It was at this point that that the scholars at Ehrenberg-Bass made a vital and ultimately discipline-shredding intervention. Led by the dark lord of penetration himself, Professor Byron Sharp, Ehrenberg-Bass began to challenge the power of differentiation. Using data from a range of different markets these scholars showed a distinct lack of perceptual differences between brands and queried whether differentiation really was such a golden branding objective.

They went further and posited that rather than differentiated image being the driving force behind the success or failure of a brand, it was distinctiveness that was the real driver. Marketers continue to confuse these two terms but, in essence, the two concepts are simple to separate. When a brand is distinctive it looks like itself and “jumps out” at the consumer when they encounter it or consider a purchase. When a brand is differentiated it successfully convinces consumers that its offer is significantly different to those of the competition on a range of intended associations or attributes. Coke is red and round and always there when you are thirsty, Pepsi is the taste of a new generation.

I do not believe in USPs – they are usually bullshit and even when they are not, they can be quickly replicated.

While Ehrenberg-Bass acknowledged that differentiation did exist it was a weak form of the condition. In Sharp’s famed book ‘How Brands Grow’ he acknowledges differentiation must exist because brands have different names and elicit different thoughts like “is the red one” or “has my size available”. Compared to the titanic earlier ambitions of Reeves and Bernbach this all felt a bit of a let down but there was a mountain of evidence to suggest that distinctiveness did drive brand growth and differentiation rarely mattered.

And it has spawned a serious anti-differentiation dogma among those that follow the teachings of Ehrenberg-Bass. I’ve had a number of conversations with perfectly intelligent marketers who have told me, without a flinch of uncertainty, that if you survey any market about any sub-set of brands and control for size they will all be perceived exactly the same on all the main attributes. This is patent nonsense but is, trust me, an increasingly common claim among evidence-based marketers.

And it does make for a rather odd situation when it comes to brand positioning. In the red corner you have the monochrome world of those that follow Ehrenberg-Bass who focus on distinctive assets like colours, shapes and buying cues and care very little for what meanings the brand actually tries to stand for. In the blue corner are the increasingly addled marketers who smoke the crack pipe of brand purpose and who have largely ignored the category completely and believe their brand is there to save communities, inspire peace, create harmony, insert nonsense here.

By now you have probably worked out where I, and Tom Roach, are heading. Before we get there, however, I want to make sure I do not sound too anti-Ehrenberg-Bass. If you look at just how addled we all were about differentiation and the need to be unique you must acknowledge the massive, heroic impact that Sharp et al have had on brand management over the past decade on this one key topic.

As a crude estimate I would suggest we used to think it was 20% awareness and 80% image, these days anyone with a brain has generally reversed those ratios. I accept that most of the battle for brand supremacy comes from creating and maintaining salience in the market, even in the most emotional and high involvement categories.
But it’s clear that brands really can have their cake and eat it too. Distinctiveness need not come at the cost of differentiation.

I’ve spent my career, at least the past 20 years, working with very big brands on brand positioning. I have pushed these brands to work on a tight brand position to articulate how they want to differentiate themselves in the market and a set of codes through which they could make their brand distinctive. I see both as integral to brand success and do not believe there need be a trade-off between the two. Indeed, in many cases, such as my work on Donna Karan, the source of the differentiated association (New York is the centre of the world) and distinctive codes (yellow cabs) were directly linked together.

But in order for this dual approach to work there needs to be a huge amount of realism when it comes to what differentiation actually means. I do not believe in USPs – they are usually bullshit and even when they are not, they can be quickly replicated. I do not think a brand can own an attribute or association either. The perceptual map never reveals a special place where only one brand can covet a particular association. But a brand can differentiate itself by being more of one thing than its competitors. And in combining the right associations with the right execution, ideally powered by the distinctiveness that comes from clear and well applied brand codes, a brand can present itself differently to the market from its competitors.

In short, I think the work on distinctiveness is a revelation and an important course correction for those of us who were sold on the dreams of USPs and attribute ownership. But a smart marketer can also enjoy the benefits of a distinctive brand and a realistically differentiated one too. The challenge comes down to making choices and being clear on what you want to position a brand on and which codes you intended to make distinctively yours. As usual, if you need more than a page to articulate this combined strategy something has gone very, very wrong.